Well here it is, my last entry for the SteadyGo weekly blog post (because I’m leaving, not because I just can’t be bothered any more).

Should I revisit one of my previous posts? Should I choose a topic that’s interested me this week? Should I make something up? Should I find a few doggo memes? Should I bow out gracefully? Should I write a full paragraph of questions?

I’ve bloody loved working at SteadyGo and am immensely proud of where we’ve all taken the agency. For an agency our size to be working on some big household name clients is brilliant.

When I started, nearly 3 years ago (at the tender age of 19), we had the vision of turning ourselves into a proper digital agency. Well, we’ve achieved that and then some. We even got a neon sign.

To my colleagues, thanks for having me.

To the only other people who browse the weekly blog post – my mum, John Waite, and Sam Kirkbride, thanks for reading.

When I leave today, no doubt a little bit pissed and laden with presents, it’ll be a very sad moment… for everyone. But I won’t allow any tears or begging me not to go. It’s just not the way I do things.

I think it was Dr. Seuss who said (I know it was him, I Googled it) “Don’t cry because it’s over, smile because it happened”.

When I first started working with Jo and Jason (the chaps who founded SteadyGo) we worked at a different agency, we would have radio 6 on in the background all day which initially was great as they play a lot of different music. After a couple of weeks of listening however you quickly realise that they play the same tunes a lot. At the time ‘Somebody that I used to know’ by Gotye was in vogue, I liked the song and video at first after a couple of weeks of constantly smashed into my ears via every medium possible I wasn’t as keen. I did however proper fancy Kimbra who sings on the track, the other day I wondered what she was up to nowadays, it turns out she’s doing some well cool stuff with her live show:

In the age of fake news, suspicion of ‘experts’, and anything on Facebook being shared as a ‘fact’, it seems we can use all kinds of shoddy data and science to convince people of anything.

Here are some real science graphs showing some surprising correlations:

Who knew that the decline of Pirates would lead to a rise in world temperatures?

Less use of Internet Explorer leads to decline in murders? Kind of makes sense really…

A few of Nicolas Cages films have made me want to kill myself in a pool.

I picked this up from the 2nd hand book charity basket at the Co-op just up the high street from SteadyGo HQ while buying my lunch one day. As soon as I saw it, I knew I had to pay the grand price of 50p to have it. I love horror, especially pulp horror from the 70’s and 80’s. I had read one of Guy N Smiths books before, Night of the Crabs, when I was around 11 or 12 years old and absolutely loved it. Giant crabs attack Shell Island off the coast of Wales in an excessively gory fashion, enough said.

Locusts is about a family that move to a remote area of the British countryside in the hottest summer on record in the late 70’s and the subsequent plague of evil red eyed Locusts that invade the country and the resulting struggles to deal with the ‘Winged nightmare of swarming terror’. Let’s get one thing straight, this isn’t Shakespeare…and it’s not trying to be. This is a book you read when you want to have fun reading, and have fun I did. Just as in Night of the Crabs, Locusts kind of revolves around it’s often ingenious death scenes as the regular folk from around the village fall foul of the Locusts, it then builds to an almost apocalyptic country wide finale.

Things of note in this book:

The main character (a man in his late 30’s) struggling to hide his erection in many scenes when interacting with the local hottie who he fancies. I found this started to become very funny after around the third time it happened.

A park ranger is overcome by the Locusts while driving his land rover, subsequently crashes it, is decapitated and then his severed head sets on fire with the burning gasoline and rolls down a hill, spreading fire along the dry grass and starts a massive forest fire. This scene convinced me that this was a work of maniacal genius.

Highly recommended if you’re into this sort of thing.

I’m definitely going to pick up more Guy N Smith books (he’s written more than 70 horror books alone and still continues to do so) and probably read Night of the Crabs again because it’s brilliant. Big massive crabs on the rampage, what’s not to like about that?

This week I discovered the reddit thread interestingasf*ck and it is very interesting indeed! Here are a couple of my favourite things from the thread: 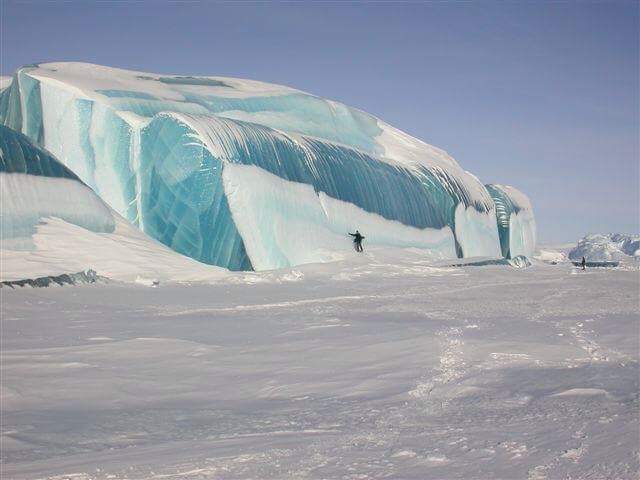 Not quite Jo again

Another year passed and another Academy Awards to dwell on and whilst the evening was mostly unremarkable bar an unhinged acceptance speech from Frances McDormand I am happy that Guillermo Del Toro won 2 awards for his superb The Shape of Water. And whilst The Shape of Water is a great movie for my money most of the year’s finest movies were entirely overlooked by the Academy- here are 3 of them.

Firstly, Sean Baker’s vivid portrait of poverty outside Disney World The Florida Project which received a Best Supporting Actor nomination for Willem Dafoe as his sympathetic and nuanced performance as the manager of the motel our impoverished protagonists reside in.

Secondly Noah Baumbach’s new Netflix film The Meyerowitz Stories a witty and watchable portrayal of a dysfunctional family captured in the layered and complex dialogue that shows a great understanding for family dynamics and the myriad of career-best performances from the likes of Adam Sandler, Ben Stiller, Dustin Hoffman, and Elizabeth Marvel.

Lastly the new thriller from Greek oddball genius Yorgos Lanthimos The Killing of a Sacred Deer a warped mystery told with haunting classical music and wide-angle lenses to put the viewer in a permanent sense of discomfort that permeates throughout this chilling tale.