This week, I bring you some image content with few words.

Who likes reading words on a screen anyway?  Not me. Give me a pic or video over words any day.

How about some lovely old ads from a bi-gone age:

And then some other (mainly nature-themed) eye candy for your Friday afternoon:

This week i’m going to review some products I bought recently:

First up is the Saitek X52 PRO HOTAS Flight system.

I bought this mainly for space flight games and simulators like Elite Dangerous and the X series but it’s great for regular Earth bound flight simulators as well. It’s got about 300,000 buttons on it that you can program to do anything you want and it’s ergonomic feel factor is just sublime. It’s a bit pricey at nearly £200 but it’s so worth it if you put time into these kind of games.

This works on PC and XBox one which is great because those are exactly what I play games on. Used it with Dirt 3, Dirt Rally and Euro/American truck simulator on the PC and it works flawlessly. On the XBox one I’ve tried it with Forza Horizon 3 and 4 and again it’s perfect. It takes a bit of getting used to if you usually use a gamepad like me and you may have to fiddle with the sensitivity a bit but when it falls into place it elevates the driving game experience to a different level. Solid build. Super fun and highly recommended.

And lastly this chair:

Mines in black and white though. This thing reclines completely flat like a dentists chair and the extendable footrest means you can have a nap in this laying down. It’s amazing. It comes with detachable cushions for your head/neck and lumbar support. I’d replace all the seating in my house with these if I could.

Time travel might not yet be a reality, but spinning LEDS around so it looks like we’re about to travel through time we’ve got that sorted.

And while we’re on the subject off time travel this animatronic dino is pretty damn impressive. 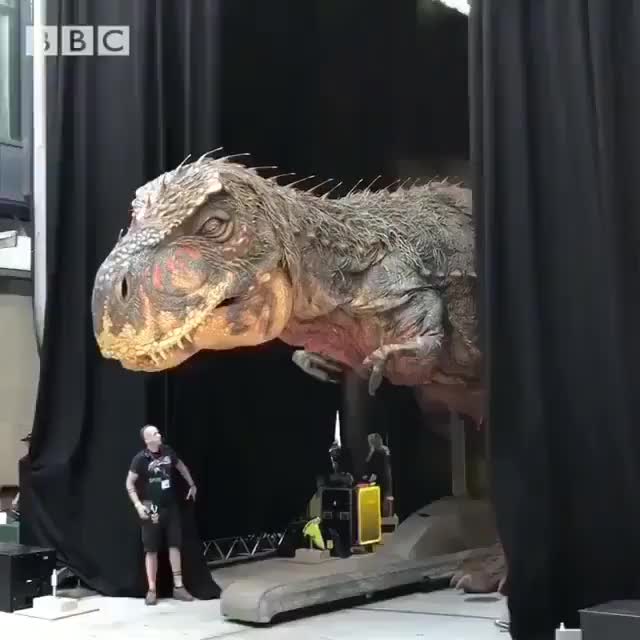 If you love the idea of a dystopian future ruled by faceless mega corporations as much as I do or maybe even as much as JD “BBBBRRRRRRRRRRRRRRRRRRRRRRRR” Richardson then you’ll be super glad to hear that the producer of cowboy bebop (which is ace) is now making an Blade Runner anime!!

There’s already a taste of what’s to come with the short released before Blade Runner 2049 came out and if that’s anything to go by we are in for a treat!

My son and I often think up hooks for our Spotify playlists when on the road to Gigg Lane to watch the mighty Shakers in action; they sure are pretty mighty just now too! An interest I cannot share with ANY colleague as not one of my colleagues has the slightest interest in football, Kids today …

Anyhow – I thought – Friday. Let’s do one in the office.

Disappointingly no one got the answer until I literally led them there.

Answers on a postcard – as ever, the prize is a packet of Mr Porky’s – you know you want them.

A short but sweet post this week, I noticed this week there has been many, many, many playlists stirring up forgotten memories. It’s been entertaining to hear the songs and the memories they bring up. This week ended with a playlist quiz on Friday where I failed miserably to guess a connecting theme, I didn’t know any artists, any of the songs, most of the lyrics and the general gist – HAPPY FRIDAY TO ME.

I was thinking about how playlists could be beneficial in the workplace. What would help to internally communicate important macro environment issues. Then I remembered back to May when GDPR became law and how a playlist in the office would have been appreciated.